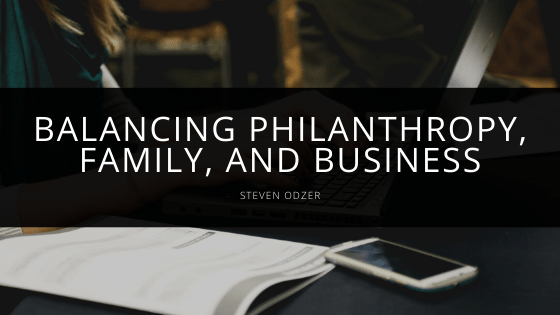 Distribution industry expert, Steven Odzer, is a man who likes to give back to the community. One of the causes Stephen Odzer and his family have supported for many years is Bris Avrohom, a non-profit that helps Jewish immigrants from Russia to the United States. Steven Odzer supports this organization with his family in mind. “I have many family members living in Israel, and I am a large supporter of both Jewish and non-Jewish causes,” he says.

Bris Avrohom has worked with Russian Jewish Immigrants since 1979. For 40 years, Bris Avrohon has helped 28,000 immigrants integrate into the community. Steven Odzer is proud of this organization because they foster traditions that date back 3,300 years.

1) Shul – the Shul has an open-door policy, and the services offered to foster the traditions.
2) Classes – Bris Avrohom offers a variety of classes, including women’s and men’s Shabbos class, Sunday class, Monday, and Thursday learning classes.
3) Comprehensive collection of publications in Russian.
4) Youth Services – There are a number of youth programs such as Bat Mitzvah Club, boys Chesed Teen Club, Kids Torah, and Tzivos Hashem
5) Cheder Yaldei Menachem – A preschool for children between the ages of 18 months and 5 years old.
6) Mikvah – Bris Avrohom offers a separate Mikvah for men and women to enjoy.

Bris Avrohom is not the only non-profit Steven Odzer supports. He is also a large supporter of the AHRC Foundation, supports agencies that hire people with disabilities, and Arab/Jewish corporations. When Steven Odzer is not busy giving back to the community, he is an accomplished businessman. He is the CEO of a new distribution business, YBT Industries of Henderson, NV, and has over 30 years of experience working in the industry. Steven Odzer developed his skills for business early on “I started my first company at age 18 out of my parents’ basement,” he says with a proud smile on his face. “I was named the Ernst & Young Entrepreneur of the Year in 2000 in the area of distribution,” he also mentions.

Even though he is an accomplished businessman and a philanthropist, Steven Odzer is a family man. He enjoys spending time with his seven children and nine grandchildren. Odzer also loves to split his time between cheering for the New York Yankees and the Las Vegas Knights.