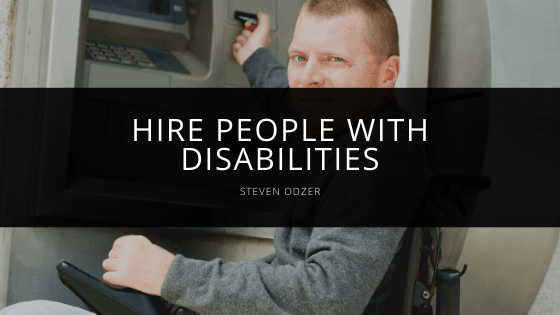 Steven Odzer, the CEO of a new distribution business, YBT Industries of Henderson, NV, has over 30 years of experience in the distribution industry. As someone who is a self-made businessman, he started his first company out of his parents’ basement when he was 18. Aside from being a successful entrepreneur who won the title of Ernst & Young Entrepreneur of the Year in 2000 in the area of distribution, Steven has also learned the importance of giving everyone a chance.

Employees with disabilities diversify the workplace

Because of these and many other reasons, Steven Odzer feels compelled to help organizations that support the hiring of individuals with disabilities. It’s important to create awareness and give everyone the chance to succeed.

Aside from supporting agencies that hire people with disabilities, Steven Odzer is also a large supporter of the AHRC Foundation, Bris Avrohom, Jewish and Non-Jewish causes, and Arab/Jewish business cooperation. When he’s not splitting his time between Nevada and New York, Steven likes to spend time with his seven children and eight grandchildren. He also enjoys rooting for the New York Yankees and the Las Vegas Knights.