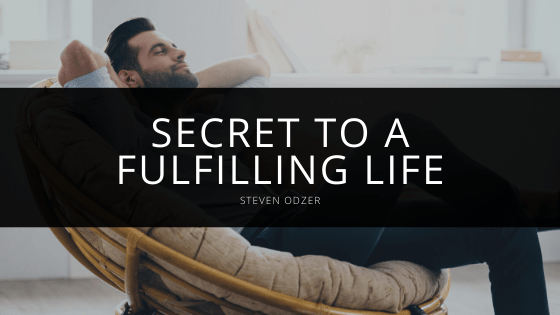 Steven Odzer might be the CEO of the new YBT Industries of Henderson, NV with over 30 years of experience in the distribution industry, but he started small. Steven Odzer refers to his entrepreneurship beginnings as humble. He says, “I went to Yeshiva of Flatbush High School and then to the Brooklyn College Scholars program. I started my first company at age 18 out of my parents’ basement.” Even though he started working at a very young age, success didn’t happen overnight. Steven Odzer worked for years while supporting his family before he got recognition. After he established his career, he earned the title of Ernst & Young Entrepreneur of the Year in 2000 in the area of distribution.

Although he claims making a name for himself in the distribution business meant a lot to him, having a successful career doesn’t bring complete fulfillment. Steven Odzer is a notorious family man. “I have seven kids and nine grandkids. I also have many family members living in Israel,” he says. Steven’s nine grandchildren not only keep him young, but they also keep him on his toes. Despite the distance, Steven Ozer is also extremely close to his family in Israel. The entire family honored his late cousin, Nachshon Wachsman, on the 25th anniversary of his kidnapping and murder.

Aside from focusing on family, Steven Odzer also devotes his time to philanthropic work. He wishes to touch as many people and give them access to opportunities to improve their life. Bris Avrohom, a large non-profit that helps Jewish immigrants from Russia integrate into life in the U.S. and continue to foster their religious traditions, is one of the causes he feels most passionate about.

Ever since its foundation in 1979, Bris Avrohom has been making a difference in the lives of Russian immigrants. “I am a large supporter of both Jewish and non-Jewish causes.” Other causes he supports include the Arab-Jewish business cooperation, agencies that support hiring individuals with disabilities, and the AHRC, a non-profit that benefits individuals and children suffering from intellectual disabilities. Steven Odzer also believes in taking action in his community by staying involved with politics. I am very involved with the Republican Party and Republican Jewish Committee,” he says.

Even though it seems Steven Odzer is all work and no play, he believes having personal interests helps him have a fulfilling life. Steven Odzer is also a big fan of the New York Yankees. He also travels to Nevada to cheer on the Las Vegas Golden Knights of the National Hockey League.