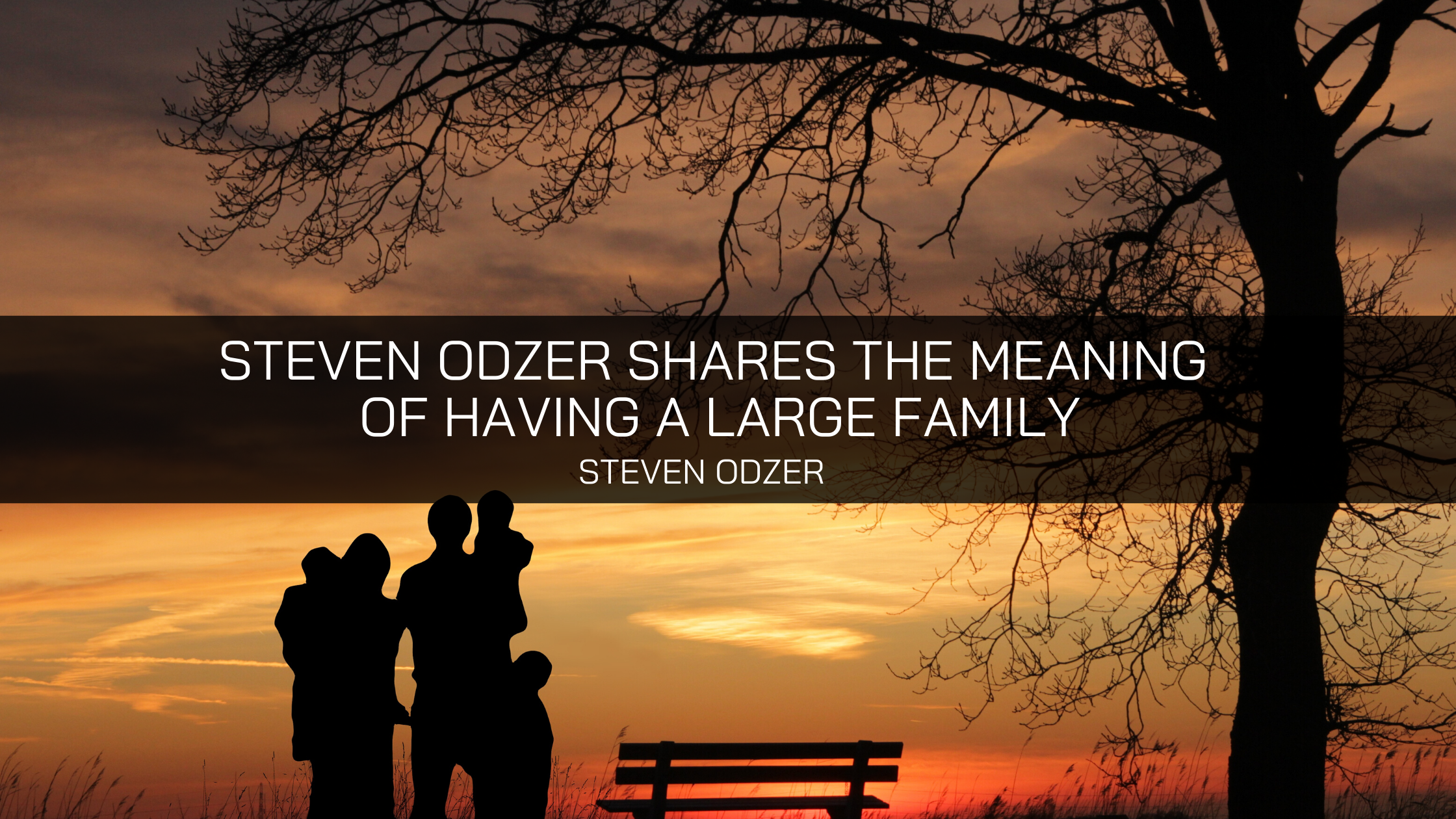 While he is a successful businessman, a supporter of the Republican Jewish Coalition, and a member of Economic Club, Steven Odzer is a family man foremost. “I have seven kids, and I will soon welcome my tenth grandchild,” he says with a smile. Creating a legacy for his family is one of the things that keeps him going. At the end of a long day, Steven Odzer likes to come home to his wife and his younger children who still live at home. He learned everything he knows about the value of family from his father, Seymour Odzer. Steven Odzer hopes to create a legacy similar to the one his father left behind. “My father taught me to surround myself with important people,” Steven said.

Not only is Steven Odzer proud of his immediate family, but he’s also extremely close to his extended family. “I have many family members living in Israel,” Steven says. The entire family likes to stay in touch. This past October 14th, the family honored his cousin Nachston Wachsman on the 25th anniversary of his kidnap and murder. In 1994, at the age of 19, the military instructed him to attend a one-day training in northern Israel when he was on leave. His family expected him home on Sunday night, October 9th, 1994, but sadly he never made it back. The memorial of Nachshon Wachsman on his 25th death anniversary, while sad, made everyone appreciate the importance of family. Businesses and money come and go, but for Steven Odzer, his family is what’s important.

With over 30 years of experience in the distribution industry, Steven Odzer has achieved a lot in his life. He is currently the CEO of the new YBT Industries of Henderson, NV. Steven Odzer attended Yeshiva of Flatbush High School and then to the Brooklyn College Scholars program. At the age of 18, when he started his first company out of his parent’s basement, he sold napkins, paper cups, and plates door to door in his neighborhood of Flatbush. All his accomplishments in the industry earned Steven the title of Ernst & Young Entrepreneur of the Year in 2000 in the area of distribution.

When Steven Odzer is not taking care of his family, he likes to support other worthy causes. He is a big supporter of Jewish and non-Jewish causes, the Arab-Jewish business cooperation.