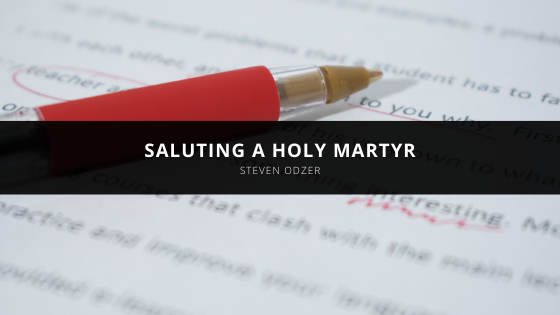 For businessman Steven Odzer, his family is the most important thing. As far as his immediate family, he has seven children and nine grandchildren. He claims his nine grandchildren keep him on his toes, and they also keep him young. Aside from his large immediate family, he also has many family members in Israel. It saddens the family a great deal to have to remember and honor Nachshon Mordechal Wachsman, Steven’s Cousin, on the 25th anniversary of his kidnapping and subsequent death.

Steven Odzer opens up to what he felt when he received the news that Palestinian captors had kidnapped his cousin. Although the entire family had been praying for a safe release from the kidnappers, things didn’t go as planned during the rescue mission. “We had asked Hashem for Nachshon’s safe release from his captors,” Steven said. When Steven Odzer heard his cousin had been killed, his first reaction was to say a blessing, “Baruch Dayan Ha-emes.” This is a traditional blessing recited when one hears news of a death; it means “Blessed is the True Judge”.

On the day he received the tragic news that left its mark on the entire family forever, Steven Odzer had made a stop in Borough Park, Brooklyn, to ask a rabbi for a blessing for his cousin Nachshon before going to meet his other relatives for Shabbat.

To honor his departed cousin, Steven Odzer, his wife, Shani, and four hundred other members of the community gathered. Among those who gathered, the list included visiting family and local politicians. The service took place at the renovated Synagogue, Congregation Bais Tefilah.

During the service, the attendees were blessed with great weather. “God has blessed this day,” said Thomas Gulotta, a Nassau County Executive. Other attendees agreed that God had blessed the occasion.

During the ceremony, Rabbi Shaya Richmond referred to Nachshon as a “holy martyr.” He also gave the family comfort when he said, “The martyrs of Israel enjoy an exalted position in heaven.” Other speakers also said thoughtful words under the American and Israeli flags. To honor Nachshon and those who have lost their lives for Israel, a plaque was unveiled, and it read, “In life, he protected his country. In death, he united his people.”

Despite the fact that this was a terrible loss for Steven Odzer and his family, they will continue to honor the life of Nachshon forever. Steven Odzer is also passionate about making a difference in the lives of Jewish people. He supports a myriad of Jewish and non-Jewish causes.