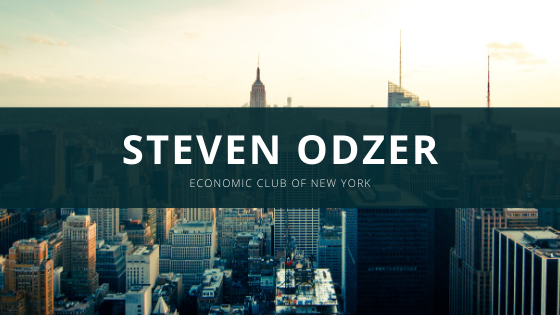 Steven Odzer discusses what it means to him to be a member of the Economic Club of New York. 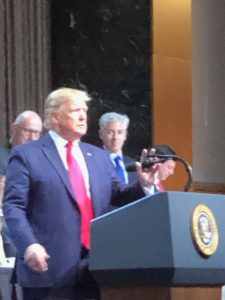 President Trump also inspired the audience by saying, “We have ended the war on American workers, we have stopped the assault on [the] American industry, and we have launched an economic boom the likes of which we have never seen before.”

The decision to join the Economic Club was influenced by a piece of advice Steven Odzer’s father gave him when he was a young man. “My father taught me to surround myself with important people,” says Steven. He never forgot the words of his father; in fact, two of his current business partners are billionaires. Steven Odzer aims to make excellent business connections at the Economic Club.

Modeled after the Economic Clubs of the Boston Area, the Economic Club of New York has been around since 1907. Ever since its founding, the Economic Club has been a place where their members can go when they want to engage in constructive debates and thoughtful discussions with regards to issues of the era. For example, in the 1910s, members of the club debated topics such as the women’s suffrage movement and U.S. income tax.

Steven Odzer is a big supporter of Jewish and non-Jewish causes, the Arab-Jewish business cooperation, and agencies that help people with disabilities. Steven Odzer also likes to spend his time with his grandchildren.